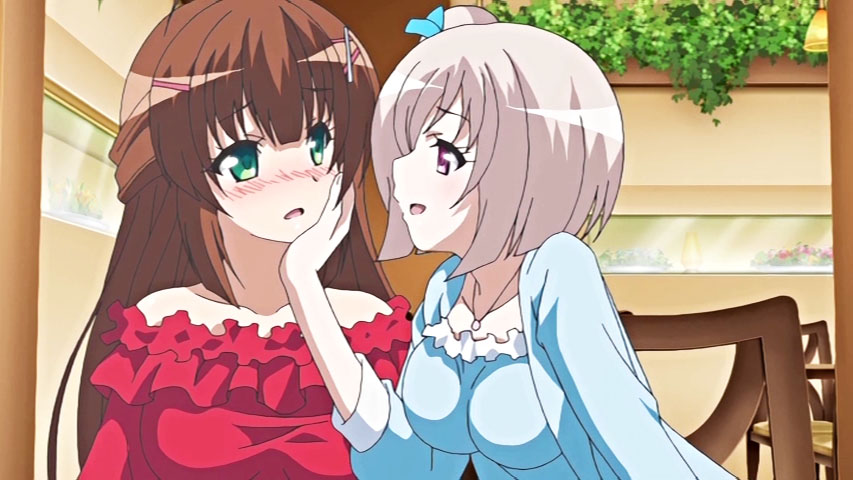 Alright, here’s the newest PinPai and SHION, and it’s an adaptation of a Frill title. I’m pretty sure that some people will need some context to grasp the basic idea in this OVA.

Kami Machi (神待ち): Literally means “waiting for a god”. It is a term used to describe this particular “thing” done by girls who are usually in their teenage years and who ran away from home. They are stereotypically depicted as girls you’ll see at night still in their school uniform and carrying/pulling a huge baggage as they hang around in busy streets. They ran away from home because that’s how some teenagers are, have nowhere else to go and barely has any cash if they even have some with them.

Kami-sama (神さま): Literally means “god”. It is what they call to any benevolent being who’ll offer shelter and charity to these god-seeking ladies. It’s like in some oriental folklore, where a man gets help from a mysterious stranger only to reveal later that the stranger is of some higher being. Unsurprisingly enough, these charitable “gods” are usually older men who have some spare room and cash for our damsels in distress. Thus, they are referred to as the personal “gods” of these girls. And a girl might consider herself lucky to find her own “exclusive god” who only has her under his care, and has his “benevolence” monopolized by such a girl.

We know where that is going. It’s almost a given that these kinds of men have ulterior motives for taking the said girls in, and the girls usually already have an idea about it. We can assume that most of them are actually fishing for their “god” in the bustling streets by themselves, though there may be some of them which are just naively waiting for a buddha or something to offer them help with no strings attached. They end up giving their “gods” some special “favors” like how people did in history: by offering something to them. And since these girls are runaway children, they only have one thing with them to offer: their bodies. The pun goes up to here, because what can the ultimate sacrifice for a god be if not one’s body?

Now you have a basic understanding of this “Kami Machi” thing. You can say that it’s a subphylum of “Enjo Kousai/Enkou” since it’s still girls selling their body but for shelter and aid instead, and these “gods” can be considered as “sugar-daddies” as well. This one is scarier though, and sadder, since we’re talking about teenagers. And 18-19 are the only range that aren’t minors for teenagers, so we aren’t only talking about simple exploitation here. And yes, this actually is a thing, or at least it was rampant in the last decade or two. Now I wonder if knowing this would turn some off from watching the OVA.