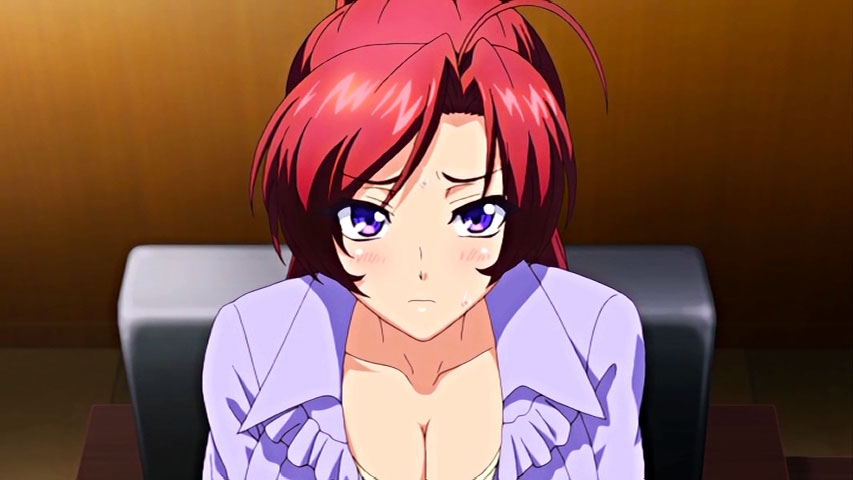 It’s been 4 episodes and I haven’t talked about this title yet, not even in the script notes. So here’s a bit of useless brainfood for anyone out there who’s wondering why the title is weird.

The first thing about this title is that it is a pun. Sanshamendan (三者面談) is an actual word. It literally means “a three-person interview”, but the actual term is used for “parent-child meeting”. The three people referred to are the parent, the child, and the teacher.

Now here comes the pun. Notice how this series has its second character/kanji different from earlier. The character for person (者) is replaced with shot (射). Both can be read as “sha”. The latter (射) is commonly used in a specific word in this genre: shasei (射精) i.e. “ejaculation”. That’s the reason why I translated the title as “Three-shot Interview”. It’s the closest I can get so it ended up that way. I’m not very proud of myself when it comes to pun, since I also ended up making up weird and cringy words like “unidemon”.

The Japanese love their kanji puns as well as their four-kanji poems/yojijukugo (四字熟語) just like the Chinese. Or rather, they got it from the Chinese chéngyǔ (成語). Another good example of this is sanshasanyou (三者三様) that literally means “three person, three manners”. It’s their equivalent proverb for “to each, their own”. The old 4-koma manga of the same name uses the first three kanji (三者三葉) with the fourth one replaced with “leaf/leaves” (葉) but the idea and meaning is generally the same as the original proverb.